Toxic streamers are common in Twitch. Many Top 100 streamers on Twitch are toxic streamers that like to swear and scream during a stream. Why they are so popular? 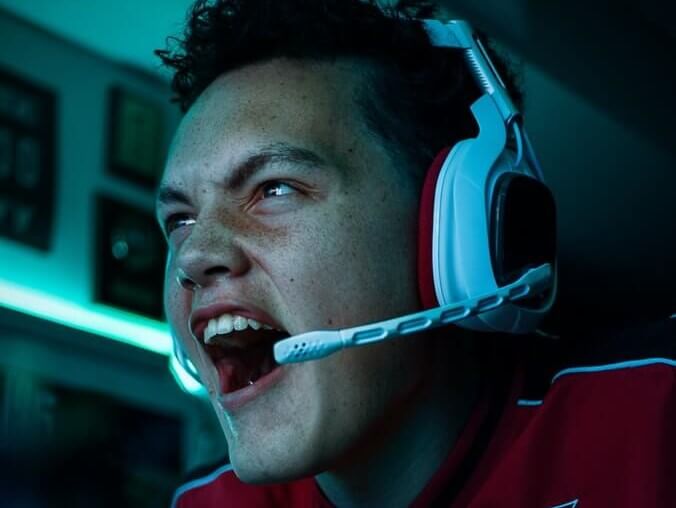 Many viewers like to watch popular toxic streamers. Because the stream is more interesting to them than a family-friendly channel. In this article, we explain why there are many big streamers that toxic during their stream and the list of the channel to avoid if you don’t want to watch a toxic stream

Why are so many big streamers so toxic?

Just like I explained above, streaming is hard. It’s stressful because you need to stream every day

Maybe some people said that streamers are blessed because they are playing a game every day. I’m sorry to say this, but this is a wrong and childish perspective of what streaming is

But every adult knows how boring it’s to keep repeatedly play video games without doing anything. According to research about the relationship between game and fun, there is a limit on how much you can achieve fun from video games

When video game that should be casual turned into serious, the fun and happiness will disappear

If playing a game becomes a chore, can it still be considered a recreational activity?

If playing and streaming video games becomes your job, it will be no different than other kinds of job. You need to do it every day and have a goal to achieve.

It can stress you as a streamer if you don’t get any viewers during a stream and you have no money to pay the bill. You just can’t stop streaming, and you have to continue it the next day

Maybe this is no different than day to day job, but at least in most job, you will meet with new people and different kind of experience every day

But what about a video game? Except for different players during online games, nothing is different. Playing on the same mechanic, same meta, and same character every day can bore you

Don’t think that streamer problem is just a video game. Interacting with viewers is the most troublesome streamers must do during streaming

There are many kinds of viewers you will get during streaming. Some of them will be civil and friendly, some of them like to create funny discussion in the chat room, some of them can be very toxic for your channel

Maybe some of your toxic viewers will stream sniping you, which destroys the fun of the game you played. Some will spam your chat room with promotions or troll. Some viewer will start a dangerous discussion that can lead your channel to be ban if you don’t moderate them

There is no way to know what kind of viewer that will be on your stream.

Not all viewers will love you. Some will dislike you and become your haters, even if you are not a bad streamer. They will always find a way to hate you and spam your chat room during a chat room

If any of your fans protect you, they will be called “simp” especially on female streamer’s channel

I recommend strategizing to solve toxic viewers on your channel, which can be viewed in my previous article.

People love drama and twitch users are not the exception. Many viewers like to watch streamers spouting toxic word because it can create drama and a page on Reddit r/livestreamfails

Not only that, some fan will reward the streamer that does toxic behavior like screaming and swearing by subscribing and giving a subscription to other viewers

In this case, streamers get financial benefits by doing toxic behavior

Why does Twitch tolerate toxic streamers?

Toxic behavior is hard to be moderated on Twitch. According to Common Sense Media, Twitch is aimed at age demographic above 15 which include teenager, making swearing and screaming are allowed on Twitch. But Twitch stopped tolerating toxic behavior on their platform. They are making change and update their policy to better protect the community

Twitch is making a change on their community guideline

Even though it’s late, Twitch started to make a change on their community guideline to protect its community. Last year, Twitch updated their hateful conduct and harassments policy, to protect the unprivileged group and people of color from harassments and hateful act by toxic Twitch user and streamer

This change is a good step forward to a cleaner community, but it’s not going to stop toxic streamers from streaming. It’s more like giving rules on what you can do and you can’t do on Twitch

But life is not black and white. Toxic behavior like swearing, insulting, and screaming, even though childish, maybe can’t be separated from the video game, especially on Twitch

Twitch is preventing the viewers from using racist emotes

According to Polygon, Twitch will ban users that use emotes to perpetuate negative stereotypes to a specific race or underprivileged group.

Some users use emotes in not their intended way. There are many emotes that can have a double meaning. This force Twitch to ban the emotes as it can be considered as racist

So, we can see that Twitch is trying to protect their community even though they can’t control how people will use their platform.

Why do People Idolize Toxic Streamers?

Many people idolize toxic streamers because of immaturity. Many Twitch’s users are a teenager at the age of puberty. They idolize toxic people because it symbolizes their rebellion during puberty. Many teenagers also believe that swearing will make their peers think that they are already adult, so they like to follow streamer that swears more.

Some adults still like toxic streamers because they themselves are toxic. Birds of a feather flock together, toxic viewers will follow toxic streamers. It’s that simple

Some viewers believe that Toxic streamers are a genuine person

There is a severe misconception that some Twitch users have to some streamer. They believe that being nice is acting like a fake person

Disguised Toast correct this misconception on his stream

Generally, younger people usually want to act like their idols. For a teenager that uses Twitch, following a toxic streamer can be a bad influence on their growth as an adult. They will think that being an adult is about swearing and screaming, even believing that adult can play video games every day, which is wrong on many levels

Who is the most Toxic streamer on Twitch

There are many levels of toxicity on Twitch

This is the most common kind of streamer on Twitch. A popular example is a League of Legend streamer, tyler1. Even Dota 2 players know tyler1 because of how popular his anger issue as a meme.

2. Streamer with a toxic fanbase

Every gamer knows which streamer has the most toxic fan base on Twitch. It’s xQc. xQc as the most popular streamer is loved by many teenagers, making his fan base a bit immature than other streamers

3. Streamer that forces the viewers to subscribe and donate

BadBunny is a Twitch streamer that shames the lurkers on her stream that don’t follow, subscribe or donate to her channel.

There are many more examples that I don’t include. If you are a Twitch streamer, acting like a toxic person can get you hated by many viewers and can land you temporary suspension on your Twitch account

1 thought on “Why Toxic Streamers are common on Twitch”

Why is my Twitch Viewer Count not accurate?